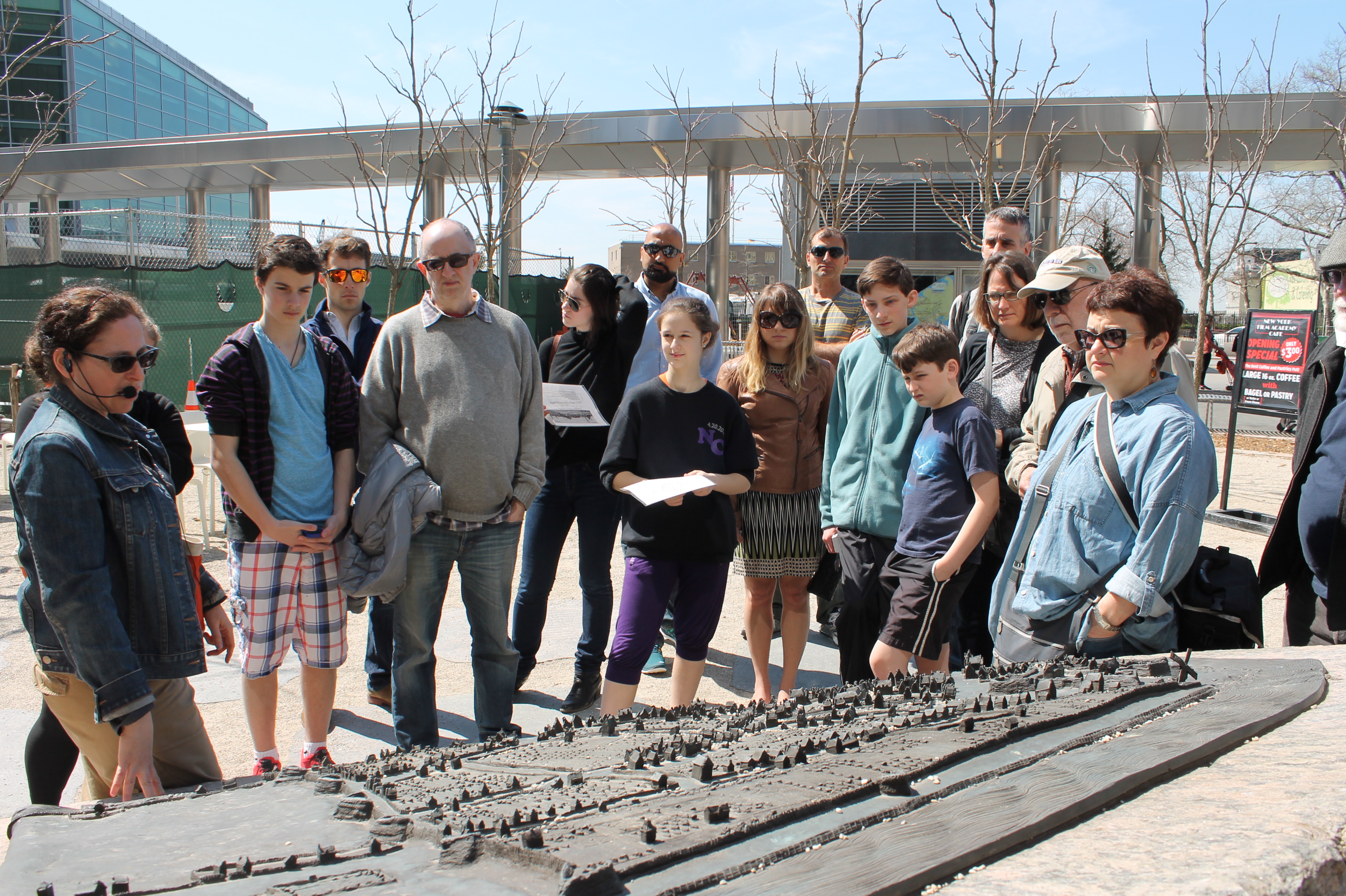 It was perfect walking tour weather as a group of 20 traced the outlines of New York City’s early days as New Amsterdam in the area below Wall Street in Lower Manhattan. The first of the Center for Architecture Foundation’s Reading the Streetscape walking tours this spring, the New Amsterdam tour on 04.12.14 kicked off a series of three walks chronicling how the grew, from its early days as a Dutch company town to today’s modern metropolis.

The tour, led by CFAF Design Educator and architectural historian Jane Cowan, began at Bowling Green, the small park at the foot of Broadway, which dates back to the 1600s when the Dutch West India Company ran New Amsterdam as a trading post specializing in beaver skins to ship to Europe. The park was used at that time for ninepins bowling games, hence the name, and the fence that stands there today pre-dates the Revolutionary War, when the tops of its finials were chopped off to melt down for ammunition. END_OF_DOCUMENT_TOKEN_TO_BE_REPLACED