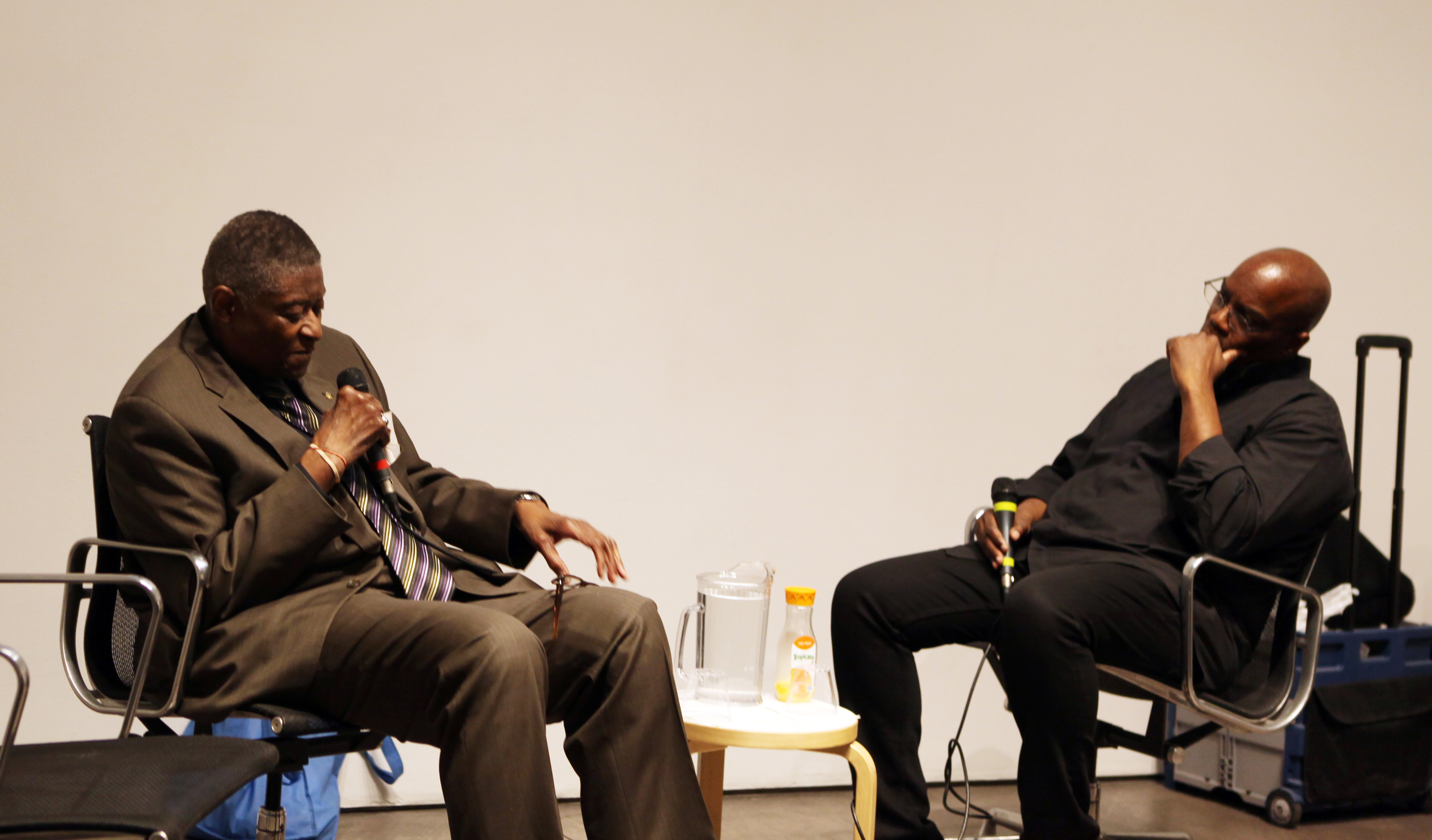 With heavy hearts, AIA New York learned that Percy Griffin, AIA, passed away in August. Griffin was the owner of his own firm and was also a professor at NYIT. Prior to starting his own practice, he also worked in the office of Philip Johnson. In 2012, Griffin shared his story and perspectives on the profession with Design Venturer. For a more personal take, we invite you to read the thoughtful words of Jack Travis who kindly shared his reflections on Griffin with the Chapter.

The memory remains as clear in my mind as if it happened just yesterday. I am speaking of the time when and where I first saw and uttered the name of Mr. Percy Griffin, Architect.

Some eight years or so after arriving in New York City, I found myself walking along Frederick Douglass Blvd, above 125th Street, in Harlem. On a worn sign over a tattered door to a small three- or four-story walk-up on the avenue, there it was.  I was intrigued but eventually thought little of this happy discovery, that being, the witnessing of the name of a black architect (I was sure of that) who obviously owns his own firm, in a black community.

A few years later, I received an opportunity to bid on a potential project renovation in Harlem. The small set of existing conditions drawings handed me by the client were masterfully executed. With eyes wide open in pleasant surprise, I found myself scanning the drawings for several seconds in simple admiration. The skilled line work, the artful lettering, were intensely ordered and placed so as to be worthy of being framed. I eventually got to the name on the title strip and it read Percy Griffin, Architect.

I never forgot that first sensation of being overtaken by the commitment Percy Griffin made to crafting that set. Anyone who knew the man, the professional, understood or would soon learn this.

Percy Griffin could draw and draft. In fact, he drew so well that he eventually obtained hire in the office of Philip Johnson. Percy, who in his younger years dreamed of becoming an artist, had truly come a long way from his rural Mississippi beginnings. The Johnson office hire came at a time when Percy was attending night school at City College. Well, everyone in the office knew that upon hearing that Mr. Griffin was attending night school to obtain an architectural degree, something that Mr. Johnson had sworn on more than one occasion around the office and in Mr. Griffin’s presence, he would never ever support Percy or even have him remain in his employ.

Percy never asked Johnson if he could stay, but stay he did, and at the request of Johnson himself. Even though after graduation Percy was told by his distinguished mentor, to his face, that he would never become a project manager due to concerns that some clients might object, Percy always spoke to me of Philip Johnson in the highest regard. As he told me the story of his employ there in the Seagram Building for perhaps the third or fourth time, and with great consistency, he always ended with high appreciation for the support that he received from this great architect and man who did not have to hire him at all.

Such was the character and understanding of this giant of a man who seemed to be so approachable. Percy Griffin greatly supported and mentored young architects. He taught devoted students at NYIT until the very end.

I don’t remember what happened to that set of drawings that was given to me back then. Right now, I wish that I had kept them. But the memory I have of them, and the impact they made that day will be carried forward. I remember telling Mr. Griffin that story while sitting in his office. He looked at me, smiled and simply said, “I could draw!”